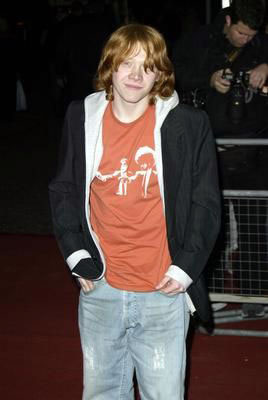 The Ron Weasley actor told French magazine "One" he has little desire to couple with Hermione Granger in upcoming "Harry Potter" movies. "Everyone expects that Ron and Hermione will go out," said Rupert Grint, "but I don't think that would be an effective finish." The actor, who was also snapped by photographers outside a recent filming of a British television show, also talked about his ambitions for the future, including continuing the "Potter" legacy.

< Back to Rupert Grint gabs about life, new photos abound on HPANA