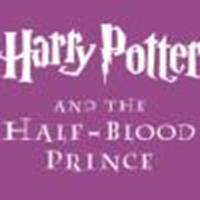 HP and the HBP

Jo Rowling's Harry Potter and the Half-Blood Prince will reach bookstores in the United States, Canada, Australia and Britain on July 16, 2005.

, issued jointly by English-language publishers Scholastic and Bloomsbury, says the opening chapter has been "brewing" in the author's mind for 13 years. Mary GrandPré will illustrate the U.S. edition once more. The price will be $29.99.

Order of the Phoenix, the fifth and most recent book, was released June 21, 2003 and was the fastest-selling book in history. Half-Blood Prince will be the sixth in Rowling's seven-part series.

that Bloomsbury's stock soared after news of the announcement to an all-time high. CBBC Newsround reports

that since some bookstores may open at midnight in the UK, fans there could get the book a few hours early than their U.S. counterparts.