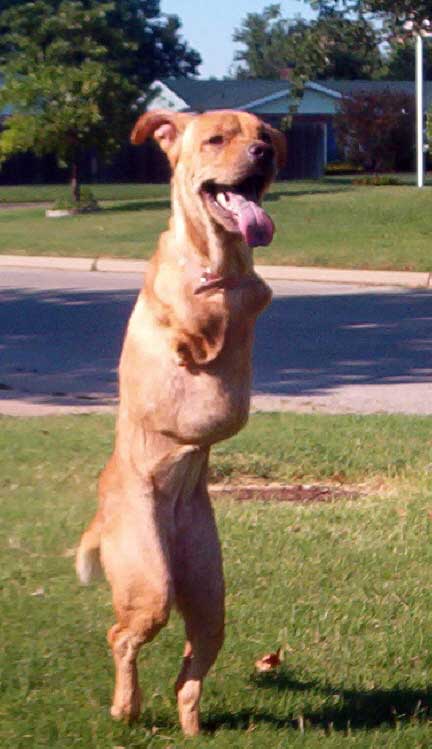 The family that owns the dog "everyone is talking about" wants to clear the air about recent news involving their beloved pet. Faith, a dog that stands upright on its sole two hind legs, has been getting a lot of attention after it was revealed the family has been in talks with Warner Bros. about a possible appearance by Faith in a future "Harry Potter" movie.

< Back to Faith's owners set record straight on HPANA