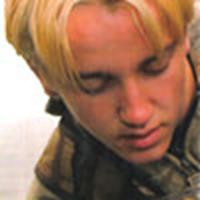 in New York this weekend.

Draco Mafloy actor Tom Felton, an avid carp fisherman, was absent due to filming commitments on Harry Potter and the Goblet of Fire, but the event drew even more people than last year, according to the New York Times

... In August 2002, Mr. Felton's mother offered him a trip to anywhere in the world to celebrate the completion of filming of Harry Potter and the Chamber of Secrets, the second Harry Potter movie.

Tom chose eight days along the St. Lawrence River, an unspoiled haven for carp that is well known by Europeans but virtually unrecognized by Americans, who much prefer fishing for bass. Tom, 16, and his older brother, Chris Felton, fished night and day by a tent they pitched on the riverbank and caught an estimated 3,000 pounds of carp.

Felton later agreed to sponsor the junior tournament, the first of which was held last year and drew 100 children. We covered it here on HPANA, complete with pictures of Tom's prized catches over the years. There's even more pictures

of Tom's fishing over at Tom Felton Online.