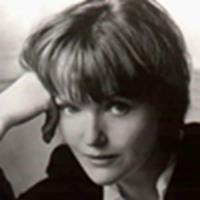 Rita Skeeter has been cast for 'Goblet of Fire'

has been cast to play Rita Skeeter in Harry Potter and the Goblet of Fire.

Ms. Richardson has recently finished filming The Phantom of the Opera which is being released in December 2004 and is widely known for being in such films as The Hours, Get Carter, The Crying Game and Sleepy Hollow.

this year in an interview in Now! magazine that Rosamund Pike had been cast in the role.

Once we receive official confirmation from Warner Bros. we will let you know.