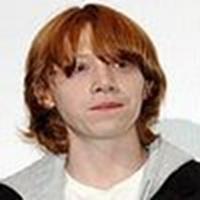 Update: Stars appear for Japanese premiere of 'Prisoner of Azkaban'

in Japan yesterday for the premiere of Harry Potter and the Prisoner of Azkaban, with Emma Watson scheduled to arrive on Sunday. Daniel Radcliffe will participate in a satellite press conference on Monday and could not attend because of his filming schedule on Harry Potter and the Goblet of Fire.

WireImage.com has pictures of Rupert, Alfonso and David

, and Veritaserum has a few

, Daniel also made an appearance via satellite and Wire Image has these images

You can view video of the meet and greet (thanks to Sade, the Auror

Update II: Thanks to Page at DanRadcliffe.co.uk

we now have video

of the press conference - it's the first picture at the top left hand-side of the page.