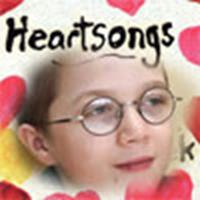 from complications of muscular dystrophy. A best-selling poet wise beyond his years, and a rabid Harry Potter fan, Stepanek rose to fame in 2001 with the publication of Heartsongs, his first volume of poetry, and a stint on the Muscular Dystrophy Association's telethon.

The same year, he appeared on the Oprah Winfrey show

Every journey begins
With but a small step.
And every day is a chance
For a new, small step
In the right direction.
Just follow your Heartsong.

Listen to NPR's All Things Considered audio segment about Mattie