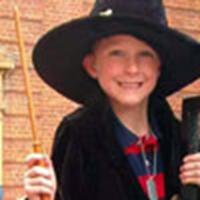 detailing the different options available when considering a Harry Potter themed tour of the United Kingdom.

received a nod and was included among other tours, detailing their special "Quidditch" game and exclusive ride on steam engine #5972 (the actual "Hogwarts Express" train from the movies):

So great is the Pottermania that every possible place where scenes from the films have been shot has been carefully tracked, documented and placed on a tour itinerary for fans from around the world.

Unfortunately you've just missed HP Fan Trips' special 6-day tour, including a ride on the Hogwarts Express and all sorts of wizard activities, to mark the release of The Prisoner of Azkaban. 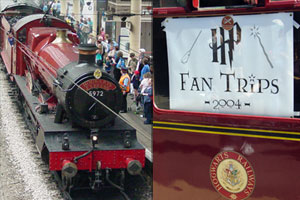 Among the many Harry Potter fan sites on the Internet which keep close track of places associated with the young wizard are: sites dedicated to actor Daniel Radcliffe

who plays Harry Potter or DanRadcliffe.com

and the self-proclaimed official Harry Potter

The Herald goes into great detail about where you can find the real Gringott's Bank (Australia House), Platform 9 3/4 (King's Cross), and the entrance hall to Hogwarts (Christ Church in Oxford). Coincidentally, HP Fan Trips went to several of these locations during the trip, which you'll be able to read about (and see pictures of!) shortly.