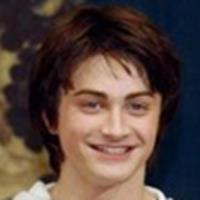 Harry may not live to see the end according to Daniel

From yesterday's press conference for Harry Potter and the Prisoner of Azkaban in the UK, Daniel Radcliffe voiced his suspicion

that Harry Potter may not live to see the end of the series.

Daniel on Harry staying alive till the end:

"I'm going to be really unpopular for saying this about Harry, but I've always had the suspicion -- with everything that's going on -- that he might die."

"The only way Voldemort could die is if Harry dies as well."

Asked about his future, he said:

"I really love acting but I've got lots of other things I'm really interested in, like music. Whatever happens, happens. I'm interested to go on to other things at some point, when that will be I don't know."

"I'm not going to lie and say it will be absolutely easy to see someone else play the part because it will be extremely strange after four films."

"But if it happens it will be something I will have to get used to. I'm not saying it will happen but it's a possibility."

Thanks to Paul for the tip.