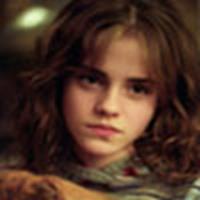 Various Harry Potter sites have uploaded a few new stills from the next movie. Some we have seen before and a few that are new.

has two stills of Harry, Ron and Draco staring each other down, and one large one of Harry.

has eight stills which include a great picture of Hermione and Crookshanks, and another showing some Gryffindors admiring Harry's new Firebolt: