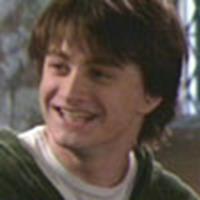 The presentation of Harry Potter and the Sorcerer's Stone was also unique - it featured the film with deleted scenes from the DVD added back in where they would've been seen normally.

The Making of Harry Potter and the Prisoner of Azkaban
Quicktime format, ~10 minutes (63MB)

to use it. You'll also need WinRAR

to extract the files when completed.

If you have difficulty obtaining the video, please try visiting one of the many Harry Potter sites hosting a copy: