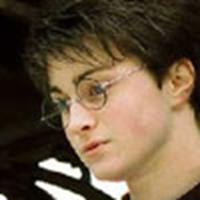 I was watching those new screensavers the official site had and noticed that it actually had new pictures (or just pics I never seen). I took caps of it so here they are :)