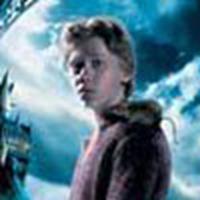 Inar from Germany has sent us four new Harry Potter and the Prisoner of Azkaban movie posters with themed character poses of the main characters:

Note: The images below have been superceded by larger English versions available here.

These were featured on AOL Germany

, according to Inar. We'll try to get larger pictures soon.

Update: Take a time machine back to the Chamber of Secrets and check out the character posters for that movie