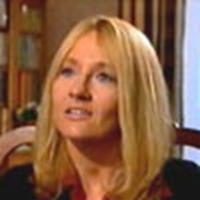 Rowling included in Time magazine's lists of 'most influential' people

What do Peter Jackson, Simon Cowell, the Pope, JK Rowling and U.S. President George W. Bush have in common? J.K. Rowling, author of the Harry Potter books, was listed as one of the "Artists and Entertainers" of Time magazine's just published list of the 100 "World's Most Influential People."

Author of the galactically successful series of Harry Potter children's books. "Her influence is quiet because it's private, a transaction between her imagination and ours, and it is measured in gratitude, to a woman who has used her power well."

The current issue of Time magazine

will hit newsstands on Monday.