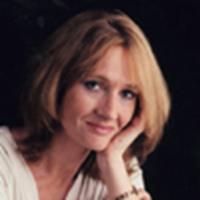 Queen invites Rowling to the palace to celebrate Woman's Day

including Harry Potter creator J.K. Rowling to lunch at Buckingham Palace next month as the world celebrates International Woman's Day

On March 11, three days after the rest of the world celebrates International Woman's Day, the Queen will host a lunch to honor mothers and working women. Hosting the event with Queen Elizabeth will be her daughter, Princess Anne, as well as Sophie Rhys-Jones, wife of the queen's youngest son Prince Edward.

The spokeswoman stressed that the celebration was not for blueblood and superstars alone:

"It will be the first all-female event at the palace. It's not just well-known people -- there will be lots of businesswomen, women from the arts and education and grassroots people. It's going to be about women and their achievements."