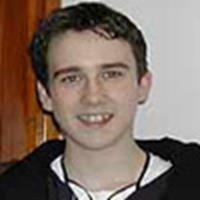 Thanks to Matthew at Veritaserum

for letting us know that Matthew Lewis

, who portrays Neville Longbottom in the Harry Potter films, was at CBBC Newsround

where he was Web site guest editor for the day.

. You can also check out his diary entries

and some pictures here

Here are two questions that was asked:

Hi Matt, can you tell me how you got into Harry Potter?

Hey, well I was with an agency where I had drama lessons every Thursday for an hour. My agent sent me for the open audition in Leeds (where I live) and after several re-auditions they told me I'd got the part.

Have u ever got the twins mixed up?

For the first film it was every day! But now that I've spent 3 years with them, it's easy to tell them apart!