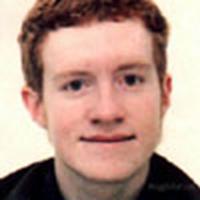 Update on (a possible) Charlie Weasley

After a recent HPANA observation on an "Alex Crockford" added on to a Prisoner of Azkaban call list, the actor himself contacted MuggleNet with regards to the recent news/rumours of him being cast as Charlie Weasley

for the upcoming Harry Potter films:

Alex wrote in to say that he's technically just been hired as an extra, so there's no certainty that he'll be back for the fourth movie, although it is a possibility.

He also sent in a picture of himself, which can be viewed here