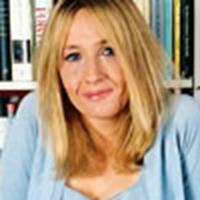 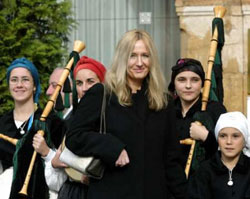 Rowling poses with bagpipers on her arrival to the Spanish northern town of Oviedo October 23, 2003. © REUTERS/Alonso Gonzalez

Thanks to ExpresoHogwarts.com for letting us know JK Rowling will be arriving Thursday in Spain to accept her 2003 Prince of Asturias Award for Concord

. The event will be covered online

, but Rowling is not expected to speak:

Some commentary received from ExpresoHogwarts.com:

Check out this interactive feature

on why JK Rowling was awarded.