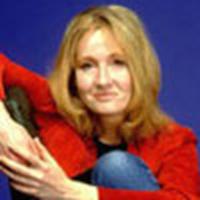 If you thought JK Rowling was a powerful figure

not only in publishing but also in today's movie-making world, you're right.

Harry Potter author JK Rowling has been named the most powerful woman in Hollywood by an important US magazine.

She was fifth on a list of the people with the most power in the movie-making world.

Steven Spielberg, Tom Hanks, Ron Howard and Pirates of the Caribbean producer Jerry Bruckheimer all finished above her.

Chat-show host Oprah Winfrey and actress Nicole Kidman were also in the top 10, but aren't as powerful as JK.

But JK's power hasn't stopped her helping people less well off than she is.