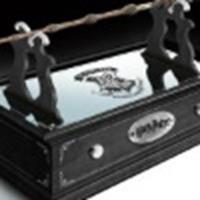 According to Blu-Ray.com, the release date of the Harry Potter and the Deathly Hallows: Part 2 DVD and Blu-Ray has been set for November 11, 2011. Additionally, some information on the products seems to be available as well!

We'll be sure to have an update for you when news on the DVD/Blu-Ray is officially made available.