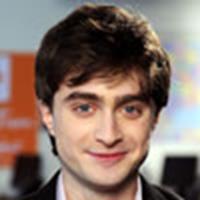 In an effort to promote a new campaign

entitled "You Are What You Read," Scholastic talked with Dan Radcliffe about the five most influential books in his life.

The list (which can be read below) includes several classic novels, as well as explanations on the picks from Radcliffe himself - read on!

1. The Old Man and the Sea
"I think the Old Man and Sea was probably the first book by a really classic author that I ever read, and it was then that I realized that things were classics for a reason, and they weren’t all just really, really, really hard work."

2. Germinal
"Germinal by Emile Zola was the first sort of longer and more European novel that I ever read, and I remember reading it in like five days. It’s a long book, and I’m a slow reader, but I just did nothing else."

3. Fear & Loathing in Las Vegas
"It was given to me on my 15th birthday by a friend, and I just thought it was the funniest thing I ever read and kind of amazing and captured the period of time brilliantly."