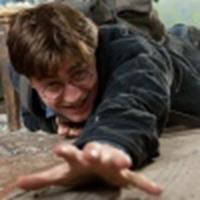 This afternoon at approximately 2:00 p.m. CST, 400 lucky audience members witnessed the first screening by Warner Bros. of a working cut of Harry Potter and the Deathly Hallows.

While it was designed as a secret, unannounced "test" screening, HPANA first learned of the event mid-last week, and while we were unable to get a staff member in attendance, several friends of the site were and have given some information.

We were able to get a quick reaction from a member of the audience, who said "[Deathly Hallows is] everything the fans would want and more. A highly exciting and satisfying finish to the movie series."

As news surrounding the screening continues to pour in, we will be updating this post.

Thanks to our friends at MN

for reporting, as well as our source BYX for tipping us!

Harry Potter and the Deathly Hallows: Part 2 is scheduled to hit theaters on July 15, 2011.