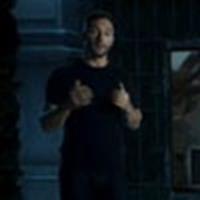 With just weeks to go till the DVD release of Harry Potter and the Deathly Hallows, Part 1, Entertainment Weekly has an exclusive first look

The video features Jason Isaacs (Lucius Malfoy) on an interactive journey through the film, revisiting important moments from previous movies as a walk-up to the final installment’s arrival in theaters on July 15.