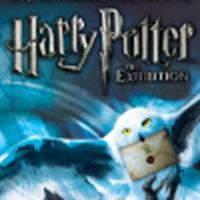 Warner Brothers have issued a press release announcing the coming move of Harry Potter: The Exhibition

to New York City for a April 5, 2011, opening. The exhibition, which is set to run through September 5, 2011 at Discovery Times Square, will serve as the last U.S. stop for the exhibition before it goes international. According to the press release:

Harry Potter fans in New York City can rejoice, as they will soon have the chance to step inside the famous wizard’s magical world with Harry Potter: The Exhibition, which opens at Discovery Times Square on April 5, 2011. The previously unscheduled stop in New York City will serve as the tour’s final North American destination before going international. Tickets are on sale now, and can be purchased online at DiscoveryTS.com, at the Discovery Times Square box office (226 West 44th Street) or by calling (866) 987-9692.

In partnership with Warner Bros. Consumer Products, Global Experience Specialists, Inc. (GES) created the 14,000-square-foot experiential exhibition, where visitors will be able to visit dramatic displays inspired by the Hogwarts™ film sets and see the amazing craftsmanship behind authentic costumes and props from the films. Original artifacts from Harry Potter and the Deathly Hallows™ - Part 1 and the highly anticipated finale, Harry Potter and the Deathly Hallows™ - Part 2, will be on display, along with hundreds of original props and costumes from all of the previous Harry Potter films.

“From the moment they step inside, visitors to Harry Potter: The Exhibition are immersed in the fantastic world brought to life in the blockbuster films,” said Brad Globe, president, Warner Bros. Consumer Products. “New York is the perfect location for our last stop in North America. We think fans will be thrilled to have one more opportunity to experience firsthand the magic of this incredible exhibition.”

“We are pleased to offer east coast fans this bonus destination of the exhibition, all housed within the perfect venue,” said Eddie Newquist, chief creative officer for GES. “There is no better way to celebrate the imagination and creativity of the Harry Potter film series than to actually walk among the iconic costumes and props that helped bring the world of the films to life.”

“We are excited to present New York residents and visitors with this special presentation of Harry Potter: The Exhibition designed specifically for a venue of this magnitude. We’ve saved the best for this last stop - this finale will be the biggest and most magical,” said James Sanna, president of Discovery Times Square.

The exhibition made its world premiere in Chicago in April 2009 before traveling on to Boston and then to Toronto and is now back on the East Coast due to popular demand following a wildly successful run in Seattle. The exhibition tours major cultural and entertainment venues, museums and institutions in the U.S. and internationally.

Harry Potter: The Exhibition opens at 10 a.m. on Tuesday, April 5, 2011, and runs through Monday, September 5, 2011. The exhibition requires a time-entry ticket and guests are encouraged to purchase their tickets early to ensure the best date and time. Tickets for the exhibition can be purchased at the Discovery Times Square box office, through the website www.DiscoveryTSX.com or by phone at (866) 9.TSXNYC (866) 987-9692. General public admission to Harry Potter: The Exhibition is $25 for adults; $22.50 for seniors (65 and over) and $19.50 for children (4-12); children under 4 years of age are free.

Tickets can be purchased on the Discovery Times Square website