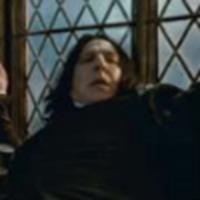 In a new interview with Cine Premiere Mexico

, Andrew Ackland-Snow, the art director for the Harry Potter series, divulged new information which states that (with the approval of J.K. Rowling) the death of Severus Snape has changed.

"We wanted to change a bit where Snape dies. In the book, he dies on the Shrieking Shack, and we wanted to get him out from, not a conventional interior, but from that kind of box, to do it in a more dramatic atmosphere. We asked J.K. if she agreed for that to happen in there, because we hadn't really seen it before. We made a crystal house, and you can see what happens in the boat house from there - Are you listening Harry? -, but also the school is in flames...and she loved it. Besides, it's a very romantic place to die. Snape dies in a extremely good way, I gotta say."

How, and if, this change will affect the film and plot has yet to be seen, but with J.K. Rowling's approval, and David Yates' track record, the change shouldn't be particularly drastic to the story.

Harry Potter and the Deathly Hallows: Part 2 is scheduled to be released on July 15, 2011.