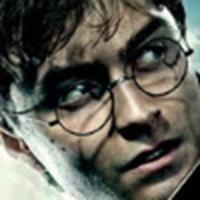 are showing Harry Potter and the Deathly Hallows: Part 1 opening-day haul to be $61.2 million, the most in the franchise thus far.

The film is also on pace to make an attempt at the all-time November box-office record, chasing Twilight: New Moon which brought in $142.8 million.

Here is a breakdown of the past Potter movies opening weekends:

Check back on Sunday for a full box-office weekend report, as Harry Potter and the Deathly Hallows: Part 1 attempts to make box-office history.