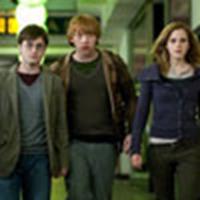 Harry Potter and the Deathly Hallows: Part 1 arrives in a whirlwind of hype and expectation. Does the latest installment measure up? This reporter gives you his answer. Minimal spoilers!

Harry Potter and the Deathly Hallows: Part 1 marks the beginning of the end for this storied franchise, and it is clear that the stakes are as deadly as they are real.

This seventh installment in the record-breaking film series sees David Yates returning as the helmer, also becoming the longest-running Potter director; it's clear he's learning with each film. The movie starts with Yates affectively illustrating the effects the looming wizarding war will cause these characters we love so much. It is bottled up tension, and Yates and oscar-nominated cinematographer Eduardo Cerra command it with deliberate despair; it is moody (no pun intended) to a point not reached in previous Potter films.

The dark tonality to the movie is ever-present, but to a different effect. With Half-Blood Prince we saw a distinctive tone to the palate of the screen, setting the mood in a literal way. Yates makes sure we are fully aware to the absence of Hogwarts, constructing beautifully bleak nature shots, commanding the British country-side with a Peter Jackson-like skill. The whimsy and playfulness is lost from the film, replaced with perpetual scenes of strife and sadness; the point hammered home with an almost uncomfortably intimidating style. Handheld techniques are employed in a way that would make Prisoner of Azkaban helmer Alfonzo Cuaron proud. As the cinematography is toned down with a background beauty and skill, so is Alexandre Desplat's score. It is the best in the series, and gorgeously captures the tone and mood of the film, staying away from the grand, epic bombastic pieces familiar to many such stories; the score represents a quiet brilliance.

Ron (Rupert Grint) and Hermione (Emma Watson) are there to help Harry (Daniel Radcliffe) carry the burden, as they flee to the countryside in search of Lord Voldemort's (Ralph Fiennes) horcruxes. The strain shows, with the trio having the most raw, human encounters we've seen, the result is the most range the actors have shown. This is their film; it is a deeply affecting human study on the emotions, with these young stars carrying the weight with startling grace and brilliance.

This film is clearly a build-up to a finale, it moves within a grim, stifling atmosphere, we're flung headlong into a humanistic Potter world for the first time, it can be startling for the viewer, but we feel the shock that these characters are dealing with, intermingled into the character scenes and exposition are brilliantly constructed action sequences, often reaching a point of nerve-wracking tension hard to come by. These quickly move aside for brooding and emotion within the characters, following the trio and Lord Voldemort’s quest into an interwoven storyline that crams so much plot into 146 minutes that there isn't any room for fluff.

Deathly Hallows: Part 1 is at once a gritty, dark, emotional and bleak, if not inconclusive set up to the sure-to-be epic awaiting us July 15, 2011.