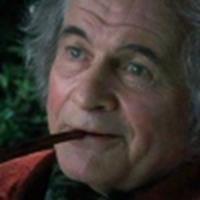 Hobbits to take over Hogwarts?

The Hobbit movies may be taking over Harry's old Hogwarts haunts, possibly moving production from New Zealand, where the original Lord of the Rings trilogy was made, to Leavesden Studios in Watford, UK, which was recently vacated by the Harry Potter crew:

In the latest chapter of the drama

that has embroiled efforts to bring The Hobbit to the silver screen, New Zealand's politician was even caught up in the saga:

In a move Prime Minister John Key described as a potential "tragedy" for New Zealand, Jackson said Warner Bros. executives would travel to the country next week and make arrangements to shift the production offshore.

Problems have dogged and delayed the project for years, yet it appeared all but certain Friday that the production would leave New Zealand:

[Peter] Jackson's wife and film-making partner Fran Walsh said the pair would attempt to keep the film in New Zealand but Warner appeared keen on using the Leavesden Studios near London, where the "Harry Potter" movies were filmed.

"They've got a huge studio that Harry Potter have vacated that they own and they say would be perfect for us," she told Radio NZ...

[Editor's Note: I couldn't help but embed the following video... it seemed appropriate.]