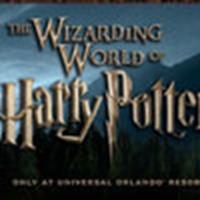 The Wizarding World of Harry Potter has hit a major milestone, as it has been announced

that the Forbidden Journey attraction has passed the one million rider mark in record time.

This milestone comes a mere two months after its grand opening on June 18, 2010. An impressive feat.

To see a reaction video of the announcement of the milestone, click here