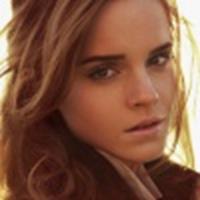 Hi everyone, this is the real me! I won't be able to tweet often but I just wanted to say hello. Have a great summer, love Emma x

, is not [see UPDATE III below] "verified" by Twitter itself yet, but the creator of Watson's official web site, Rob Noble, confirmed it is Emma by retweeting

her message and responding

to a direct question about it.

on Twitter for instant updates from the Harry Potter universe!

list on Twitter contains only confirmed participants in the Potter-verse, including actors, executives, crew, representatives from Universal, Warner Bros. and other companies and individuals associated with the franchise.

UPDATE II: The reason HPANA gave credence to Rob Noble's confirmation so immediately is that he worked on JK Rowling's official site, and was even the person who notified us that we had won her Fan Site Award in 2004. Noble recently started a new web design agency, Great Fridays

, which developed Emma Watson's official site. That was enough for us to believe his tweets and the reason HPANA broke the story [in English] before anyone else. (Well... OK, other sites might have been busy having fun at Infinitus.)