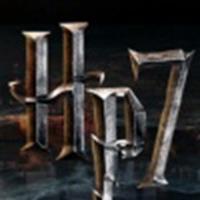 to begin promoting Harry Potter and the Deathly Hallows.

The new site is restrained and elegant in its simplicity and greets visitors first with the trailer that was shown at the 2010 MTV Movie Awards, before leading into a bare-bones selection of options including a small gallery.

Billed as the "finale of the worldwide phenomenon," emblazoned at the top of the site it reads, "IT ALL ENDS HERE."