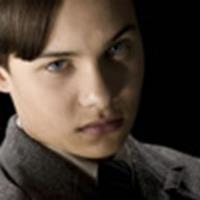 that Frank Dillane (teenage "Voldemort" in Harry Potter and the Half-Blood Prince) impressed Columbia Pictures execs enough to place him on the shortlist to portray "Peter Parker" in the upcoming Spider-Man reboot.

the confirmation of Universal's Wizarding World of Harry Potter a month before it was officially announced).

We will keep you appraised of any further developments in Dillane's possible involvement in the reboot.

The new Spider-Man is set for a summer 2012 release from Sony/Columbia Pictures.

Update: Mr. Dillane has not been cast as Peter Parker, with the role going to actor Andrew Garfield