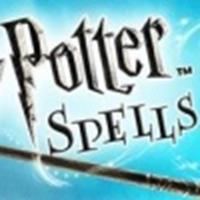 for iPhone and iPod Touch is on sale for 99 cents this Memorial Day weekend.

and vote on new spells to be added (including Unforgivable Curses!).

Once enrolled, receive the wand destined for you before being Sorted into one of the four houses by the Sorting Hat. Then using specific hand gestures for each of the 14 spells, practice, practice, practice before experiencing the ultimate contest - Duelling!

Compete against the computer or challenge a friend to a real-time duel – player versus player, casting spells from one device to the other. Earn valuable house points for your house while learning, practicing and dueling. Visit the house points section to see your wins and losses in duelling. You can also see where you rank globally - in your house or in all of Hogwarts. Finally, share it with the rest of the world by posting it to your Facebook page via Facebook Connect.

14 Powerful Spells:
Stun your opponent with Stupefy or disarm them with Expelliarmus, and many, many more

Intense Dueling Action:
Single Player: Cast spells against three different difficulty levels Multiplayer Player: Challenge a friend to a duel and cast spells from one device to the other in real-time encounters

Authentic Experience:
From visiting Ollivanders to being Sorted by the Sorting Hat

Monitor Your Ranking:
Keep an eye on your wins, losses and House Cup rankings to be the most skillful wizard in Hogwarts Share With Your Friends – Post your Harry Potter: Spells stats on your Facebook page using Facebook Connect

to buy the app.