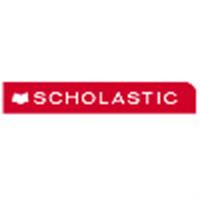 To promote their new "Real Magic of Harry Potter" campaign, which encourages reading of the series throughout America, the US Publishers of Harry Potter have re-launched

their Harry Potter website with a new look as well as tons of new features.

in the press release:

This site now offers a great new level of interactivity for people unfamiliar with the books as well as those fans that have followed the series form beginning to end. The new site is specifically built to be an evergreen destination and will grow to accommodate more fun activities for the rabid Harry Potter fanbase. Users can practice their Harry Potter knowledge via the orbs to possibly unlock some interesting magical challenges (currently for Years 1 and 2 only), get an overview of the books, find out more about the author and illustrator, and engage with the series like never before.

The campaign will include prizes, such as special trips to the Wizarding World of Harry Potter theme park, as well as new initiatives throughout book stores, including book groups and more. They also plan to promote this via radio and online advertising, in an attempt to create a new fervor for the books post- Deathly Hallows.