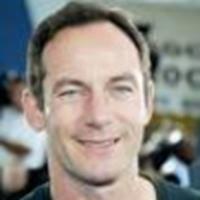 , Jason Isaacs divulged plans he and director David Yates have for giving his character Lucius Malfoy closure in the Deathly Hallows finale.

Here is a partial transcript of the interview, courtesy of MN

"In fact, [Lucius' ending] wasn't planned. It was a decision made about how Lucius should end his bit in the story and we'd been leading up to it for a while and David - the lovely director - came to me and goes "What are we going to do with you that's really great? How are we going to do the ending?" And one day I came up with this thing and he went "gasp Oh that's it! Oh that's it. It'll be great."

We shot some particular bit but I still had months left to film. And I went to the trailer and took my wig off and the First Assistant came to me and said "Jason I'm just looking at the schedule and I noticed that, actually, we don't need you now." And I said "Why?" and he said "Well because that thing you decided to do means you're not in that scene or that scene or that scene." And I went [jokingly] "Ahhh! I've changed my mind!"

You can listen to the interview, right here