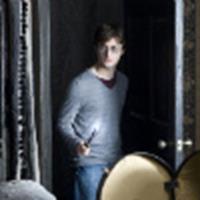 An article on The Hollywood Reporter's Heat Vision blog states that

Warner Brothers is planning on releasing both parts of Harry Potter and the Deathly Hallows in 3D.

Early 3D-conversion tests on Warners’ remake of “Clash of the Titans” have gone so well that -- combined with boosted enthusiasm for 3D in the wake of the “Avatar” tsunami -- the Burbank studio has decided to release not only “Titans” but also the two-part “Harry Potter and the Deathly Hallows” in 3D.

Conversion expenses have been coming down, so each film will cost just $5 million to convert into 3D.

Warners also will absorb an additional $5 million expense per pic to pay for 3D glasses for exhibitors handling the movies.

Whether or not you agree with a decision like this, no one can deny the time of 3D in movies is upon us, and adding it to the most successful film franchise of all-time would seem like a smart financial decision.

At this moment, Warner Brothers is unable to confirm this.