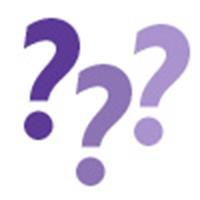 Future of HPANA in peril

When I created HPANA on a whim in late 2002 -- over seven years ago -- I never anticipated or dared dream that it would become so large and touch so many lives so deeply, including my own. It's difficult now to imagine my life without the site, without the close friends I would otherwise never have met, without the incredible experiences I've shared as a result.

I suspect most of you don't know that HPANA is entirely custom-built, from the aggregation technology that gives the site its namesake, to the forums, content management systems and user administration. I wanted to pursue two passionate interests simultaneously: my love for the Harry Potter books, and a desire to hone my web programming skills.

From the very beginning, it was evident I stumbled onto something big and everlasting. I sent a (real) post card online via the Royal Mail's official web site to J.K. Rowling in 2002, and promptly forgot about it. Little did I know, Jo not only received my letter but credited HPANA in 2004 as the first Harry Potter fan site she ever visited.

That honor was in large part due to the efforts of HPANA's many dedicated staff members over the years. It was also thanks to all of you who made the site a bustling hub of news and community, filling the forums with a whopping 6.9 MILLION posts in 86,000 unique topics, reading nearly 4,000 news articles and browsing 100,000 automagically collected headlines mentioning Harry Potter around the web 24 hours a day.

Now the family we've built together is in serious jeopardy. These last sixth months, the site I and so many of you embraced and called home has been running in the red. To make matters worse, I lost my job in October and the ad revenue HPANA depends on to survive has rapidly declined. We've reached a cataclysm and that's why I'm reaching out to you now.

Our datacenter has very kindly kept the servers online while the bills have piled up. But as of January 15 we will owe $1500 that I simply don't have. I was, and will again be very happy to pay for HPANA's operation out of my own pocket -- once I find work, of course.

In the meantime, I put it to you, our loyal readers and fellow fans, to make a donation if you'd like to see HPANA survive. There are still a number of very big Potter events to follow in 2010 and beyond. The Wizarding World of Harry Potter at Universal Orlando Resort opens in Florida in just a few short months, followed by the fan conference Infinitus. Then, of course, the Harry Potter and the Deathly Hallows films in November of this year and July of 2011. (I have a feeling there will also be surprises along the way.)

If each of you reading this right now donated just $1 per month in 2010 (just $12 for the year), we'd be all paid up. I am currently working to reduce costs, and will gladly get the site running back on my own dime as soon as I find employment. HPANA has been and will always be free to use and enjoy. I've only come to you three times in the past seven years asking for your help, and you stepped up each time. This will be the last.

Click here to make a donation of any amount. As always, if you donate at least $10 you will receive a special insignia in your member profile and will see fewer ads for the entire year. Send me an e-mail if you have any other ideas you'd like to discuss (or if you have a job for an experienced web developer!).