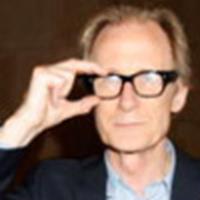 After numerous rumors on the subject, Bill Nighy has confirmed that he has accepted the role of Minister of Magic, Rufus Scrimgeour in Harry Potter and the Deathly Hallows.

The 59-year-old, who once joked he was the "only British actor who hasn't been in Harry Potter", told reporters of his new role at a book festival launch.

"I am in the next Harry Potter," he told reporters.

"I will be Rufus Scrimgeour, who is the Minister of Magic and he is a very very important man."