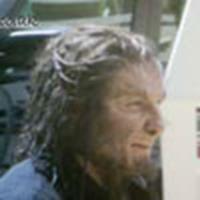 The scenes being shot here will be featured in both parts 1 & 2 of The Deathly Hallows. Night scenes and day action were shot by both film units; these include the capture of Harry, Ron and Hermione by the Snatchers (who then deliver them to Malfoy Manor), several scenes involving the Death Eaters and a scene in which Ron chases a rabbit through the forest!!!!

You can see the photos here

for all the photos.