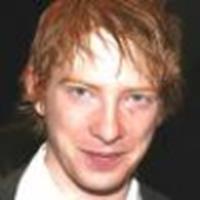 earlier in the week, it is now confirmed that Domhnall Gleeson (son of Brendan Gleeson, Mad-Eye Moody) has been cast as Bill Weasley in the upcoming Harry Potter and the Deathly Hallows films.

Domhnall Gleeson is a Tony-nominated actor, who was reluctant at first to play a part beside his father, but is now quite eager for the role.