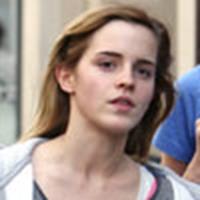 Ms. Watson is ranked number one while Daniel is second on the list of 20 entertainers. Other young actors on the list include Dakota Fanning, Freddie Highmore, Kristen Stewart and Miley Cyrus, to name a few.

Emma Watson has received all kinds of praise for her role as Hermione Granger, the know-it-all friend of Harry Potter. It turns out that Watson is also a real-life whiz at school; she aced her British college entrance exams with straight A's.

Harry Potter has made Daniel Radcliffe very famous and very rich, but that hasn't stopped him from raising eyebrows by appearing on stage in London and on Broadway in the very grown-up drama, Equus.