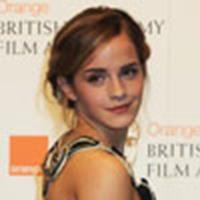 Ms. Watson presented the award for 'Special Visual Effects' which was won by The Curious Case of Benjamin Button, while Mr. Gleeson picked up an award on behalf of Martin McDonagh, who received 'Best original screenplay' for In Bruges in which he was also nominated for the 'Best Supporting Actor' award but lost out to Heath Ledger for The Dark Knight. Mr. Isaacs also presented an award for 'Outstanding British contribution to cinema' to Pinewood and Shepperton Studios for 75 years of service.

Thanks to SnitchSeeker and Stephanie for all the links.