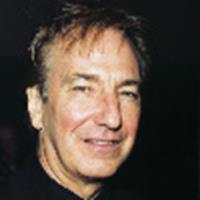 with Scifi.com, Alan Rickman talked briefly about the filming schedules of himself, as well as Helena Bonham Carter (Bellatrix), and Ralph Fiennes (Voldemort), for Harry Potter and the Deathly Hallows

"Well, it'll be a big finish, won't it?" Rickman said. "That's true, and appropriately. You can feel it now, the size of the undertaking. Watching Daniel [Radcliffe], I saw a trailer for him being on Inside the Actor's Studio, and you think, 'Wait a minute, he's 12! Oh. Perhaps he isn't.'"

The new production schedule also affects Rickman personally. "Well, because they have to get me and Ralph Fiennes together, it means I don't start shooting it until the end of next year, which means I get room now in this coming year," he said. "So it's going to be long. I was talking to Helena yesterday. I think she starts in June, and she goes on for a long time."