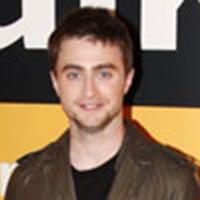 Dan Radcliffe to appear on 'Conan O'Brien' to talk 'Equus'

Actor Daniel Radcliffe is set to make an appearance

on the Late Night with Conan O'Brien

show next Monday, August 25, to discuss his Broadway play Equus.

Equus is scheduled to begin previews on September 5th at the Broadhurst Theatre prior to an official opening September 25, and will run through February 8, 2009.