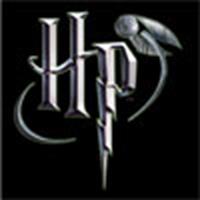 Warner Bros. announced today that the Harry Potter film series has become the most successful movie franchise in history, based on worldwide box office returns.

According to the official press release:

With the success of Harry Potter and the Order of the Phoenix, Warner Bros. Pictures' Harry Potter films have now become, worldwide, the top-grossing motion picture franchise in history. The announcement was made today by Barry Meyer, Chairman & Chief Executive Officer and Alan Horn, President & Chief Operating Officer, Warner Bros.

The combined worldwide box office gross for the five Harry Potter films to date is in excess of $4.47 billion, surpassing the box office totals of all 22 James Bond films and the six Star Wars movies.

In addition to holding the franchise box office record, all five of the Harry Potter films have the distinction of being among the 20 top-grossing box office hits of all time.

In making the announcement, Alan Horn said, "It would be an understatement to say we are proud of the success of the Harry Potter films. We also want to congratulate all of the extraordinary actors, filmmakers and artists who have shared this remarkable cinematic journey with us."

Dan Fellman, Warner Bros. Pictures President of Domestic Distribution, said, "It is a thrill to see the Harry Potter franchise reach this unparalleled mark, and, with two movies yet to come, it is amazing to think what heights the franchise could reach by the end of the decade."

Veronika Kwan-Rubinek, Warner Bros. Pictures President of International Distribution, added, "This worldwide box office record once again proves that the appeal of the Harry Potter movies knows no border, no age limit, and no language barrier. Each of the five films has captured the hearts and sparked the imagination of audiences everywhere."

[Editor's note: There are actually only 21 James Bond films currently in release, not 22 as the press release states. (Thanks, Darin.)]

Congratulations to Warner Bros. and to all the fans for achieving this level of success.