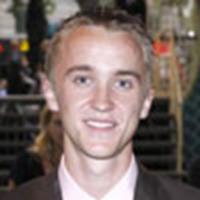 Tom is hosting the event again this year and was both instrumental in launching the first tournament in 2003 with the St. Lawrence County Chamber.

Tom said the following of the yearly event:

It's always a treat to come back. We get invited by the St. Lawrence Commerce. Just here to support it really and help the children out, where I can, in between catching fish.

Photos from the event will be uploaded on their site later this weekend. Thanks to John for the link.

UPDATE: Pictures from the event have now be loaded and can be seen here