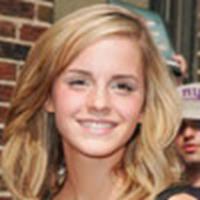 on Emma Watson’s official web site, Emma and the Harry Potter and the Order of the Phoenix movie have been nominated in the British National Movie Awards in the UK.

The awards show will take place on Friday, September 28th at London's Royal Festival Hall and air on ITV1 the following day. The results will be chosen by the public in a nationwide poll with voting forms available in all movie theaters and published in newspapers, magazines and online. We will let you know more about the new awards show as soon as we receive additional information.

In other news, according to her web site, Emma just received

the results of her A/S level exams and obtained an A grade in English, Geography, History of Art and Art. Congratulations to her.

and everyone who emailed.

UPDATE: We have also

learned that both Daniel Radcliffe and Rupert Grint are nominated for an award. You can now vote