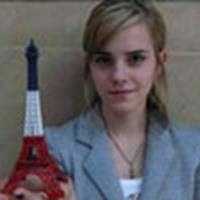 Watson set to star in the BBC's 'Ballet Shoes'

Official word has come from

Emma Watson, Hermione in the Harry Potter movies, that she will be starring in the BBC's adaptation of Ballet Shoes, set to air around Christmas time in the UK.

We are happy to announce that Emma has been cast in a starring role in a new movie, being made by Granada for the BBC1, called Ballet Shoes. Emma will play the part of "Pauline," the eldest of 3 orphaned sisters who lead a sheltered life until they begin at the Children's Academy of Dancing and Stage Training. Only then do they begin to discover their special talents and extraordinary ambitions.

The feature length adaptation of the hugely popular book by Noel Streatfeild begins filming this month and is set to appear on the BBC around Christmas time! It also stars Richard Griffiths, Robert Hardy and Victoria Wood. We'll keep you posted when we have more.

Thanks to Jo from EWO for the update.