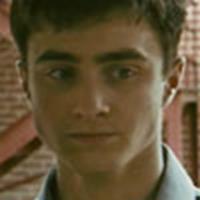 Warner Bros. has furnished us with the trailer for Daniel Radcliffe’s new movie December Boys, which is scheduled for release in September. Enjoy.

Based on the classic Michael Noonan novel, December Boys is the story of four orphan teenagers growing up behind the closed doors of a Catholic convent in outback Australia during the 1960s. As the boys watch younger kids get adopted by loving families, they begin to realize that as they get older, their turn may never come. When the convent sends the boys to visit the seaside one summer, they finally have something to look forward to.

While at the seaside, the boys meet a young couple unable to have children, who would make the perfect parents. The eldest of the boys, Maps, finds himself drawn to Lucy, a beautiful girl from down the coast. Competing to be the most adoptable, the rest of the boys, Sparks, Misty and Spit, severely test their friendships as long gestating feelings of rejection explode to the surface.

The bonds of friendship eventually overcome the rivalries, sealing forever the strong ties that bind the December boys as they learn the real meaning behind friendship, family and love.

for the movie is now up.