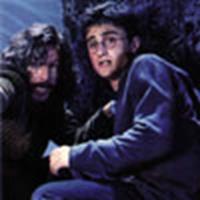 Videos, scans from 'Order of the Phoenix' publicity

Publicity for Harry Potter and the Order of the Phoenix was in full swing this week with the cast appearing on various television channels as well as appearing in print. We now have numerous video interviews as well as scans from this weeks edition of Entertainment Weekly

which has an interview with Daniel Radcliffe and talks to the cast about the newest movie.

To start us off, the A&E channel in the U.S. recently broadcast a special Hidden Secrets of Harry Potter narrated by Jason Isaac and you can see the clips at the links below:

as well as a review (B+). The online edition of the magazine has an interview with Daniel Radcliffe

You can also view interviews with Daniel

There is also an interview

online with director David Yates where he discusses his favorite scene and what he wishes he could have kept in the movie.

We also have video of Rupert's appearance

at FuseTV while in New York this week.

, thanks to TLC for letting us know and finally a piece with the trio from the London press junket last month that was broadcast earlier today on the CW11

Thanks to Jonathon, Adam and Shannon for the videos.